BTC surged, gold dropped, all eyes on US Retail Sales

What you should know before trading on Tuesday

EUR/USD is recovering after the enormous slump on Monday. It has reversed up from the 50-day moving average of 1.2090 and keeps edging higher. It may rise to the 50-period moving average of 1.2150, but it’s unlikely to cross this resistance level on the first try. On the flip side, the move below the recent low of 1.2090 will push the pair to the next support level at 1.2060. 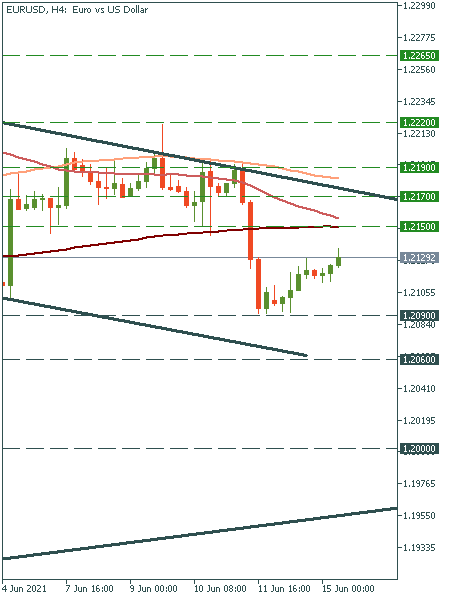 USD/JPY is moving inside the ascending channel. It has pulled back after breaking the psychological mark of 110.00. It might be a natural sell-off ahead of the further rally up. The move above April highs of 110.25 will push the pair to the next resistance level of 110.65. Support levels are at the 50-period moving average of 109.65 and the 100-period MA of 109.5.