Good Monday, traders! The greenback has been regaining its strength, and so do we! Let's look at the main news that affects the markets today.

The Chinese Communist Party's Congress ended on Sunday. The concern that China will stick to its ideology-driven policies sacrificing China's economic growth pulled HK50 significantly lower. The controversial party's decisions include the zero-tolerance approach towards Covid-19 and the "common prosperity" solutions that led to the collapse of the property market and the weakness of big technology companies.

Last week, the release of China's GDP was postponed due to the Congress, adding speculation that the authorities are trying to hide the economic slowdown. However, the figures published today showed an improvement in economic conditions with +3.9% versus the +3.3% expected. At the same time, retail sales came out significantly below the consensus with +2.5% versus the 3.1% expected. The HK50 index fell by 7.9% since the start of today's trading session and almost reached the 15 000 low. The next support in the focus of sellers will be on the        14 000 level. 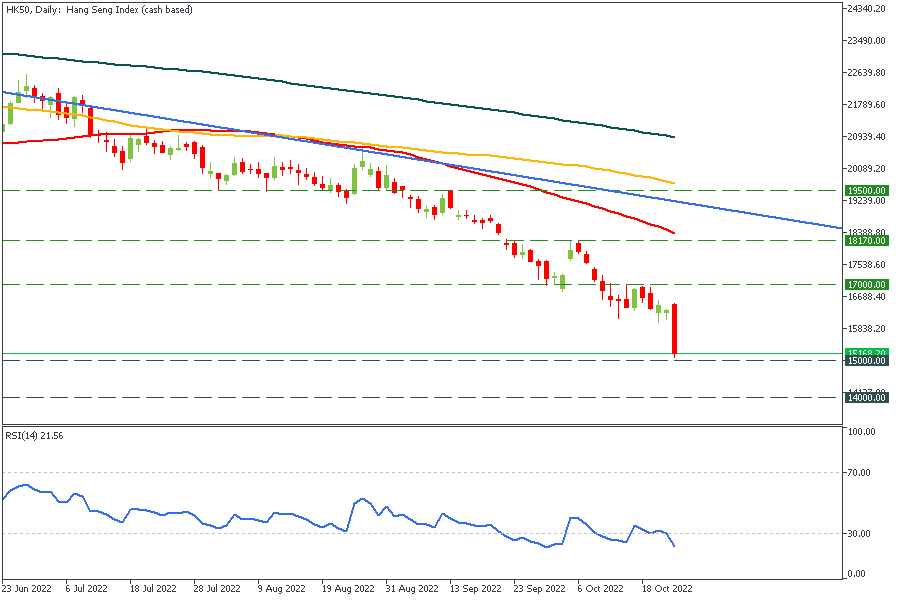 At the same time, Alibaba stock lost over 11% in the pre-market.