Up to now, the index has been moving to the resistance at 95.70. No important economic data will be released today. So if the NAFTA worries ease, the index will go down. The support is at 95. Otherwise, it will be able to break above the resistance. 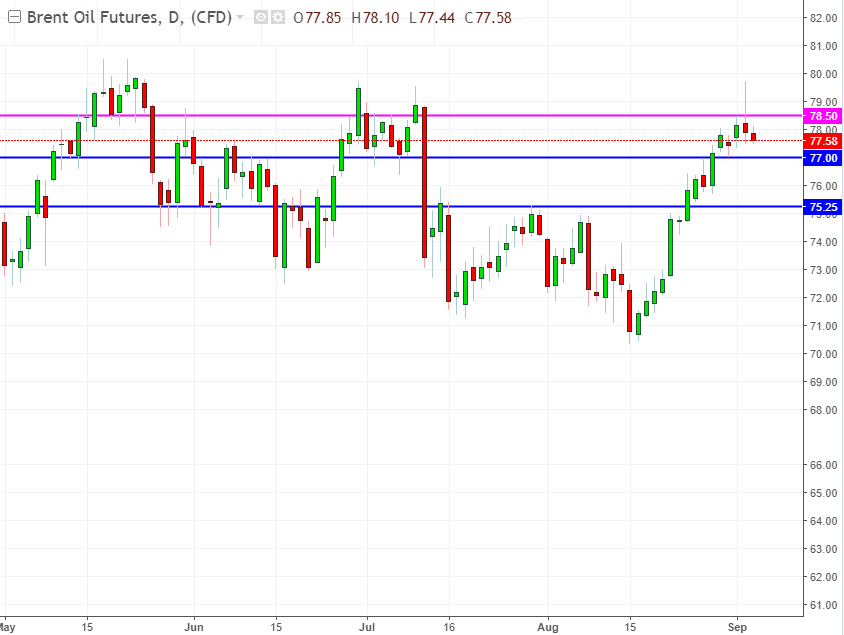 Some comments from Saudi Arabia. The country wants Brent between $70-80 a barrel and at the same time doesn’t want to offend Washington.