FED and BOE Make Another Attempt to Beat Inflation

Statistics Canada will publish its Consumer Price Index (CPI) data on Tuesday, September 20, at 15:30 GMT+3. It is one of the most important data releases in September for the Canadian Dollar.

The latest US CPI data emphasized that inflation hasn't reached its pick yet. Therefore, investors will pay attention to the inflation data in Canada.

The bank's rate was 0.25% at the beginning of the year. After the latest move on September 7, the rate reached 3.25%, the highest level since the financial crisis in 2008.

While Canada’s inflation rate eased in July from its 30-year high of 8.1% to 7.6%, the bank noted that the decline happened mostly because of the energy crisis. However, the rest of the economy saw a further broadening of price pressures, particularly in services.

If this CPI release outperforms expectations, the Central Bank of Canada might make another 75-basis-point increase, strengthening the Canadian Dollar. 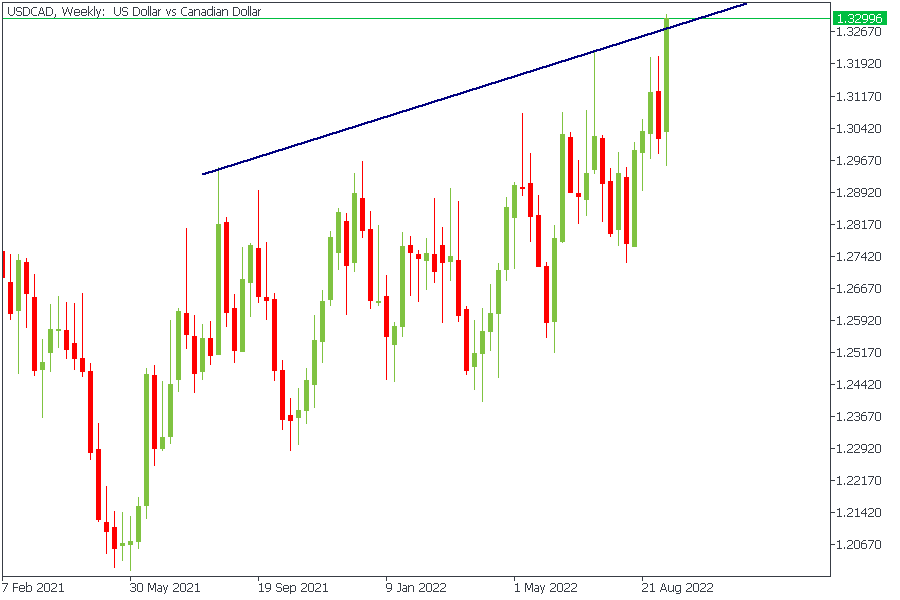 The Federal Reserve (Fed) will announce its Interest Rate Decision and make a statement about the future monetary policy on Wednesday, September 21, GMT+3.

After the higher-than-expected inflation numbers published on September 13, there’s almost no doubt the Federal Reserve will come up with another 75-basis-point rate hike. However, surprised by the CPI numbers, several Fed members announced the possibility of a 100-basis-point rate hike on Wednesday.

At the Jackson Hole meeting, Jerome Powell stated that the Federal Reserve would closely watch the macroeconomic releases. The latest data highlighted the labor market strength amid rising inflation. Therefore, the Fed has every reason for decisive action.

The Bank of England (BOE) will publish its Monetary Policy Summary and Official Bank Rate on Thursday, September 22, at 14:00 GMT+3.

The annual inflation rate fell to 9.9% in August from 10.1% in July, which was the first drop since September 2021. However, UK economists lifted their forecasts for interest rates after new Prime Minister, Liz Truss, had announced a multi-billion-pound package to help consumers struggling with energy bills.

In August, the UK central bank made the most significant rate hike in 27 years, lifting the rate to 1.75%.

Currently, investors are mainly betting on another 50-basis-point hike. However, it is a 40% chance of a 75-basis-point move next week.