EUR/USD continues moving down after a short retracement. The 50-period moving average has just crossed the 200-period MA, forming a dead cross, which gives a bearish signal. The pair is expected to drop to the key psychological mark of 1.2000. After that, it should be pulled back to the upside. Resistance levels are 1.2170 and 1.2220. 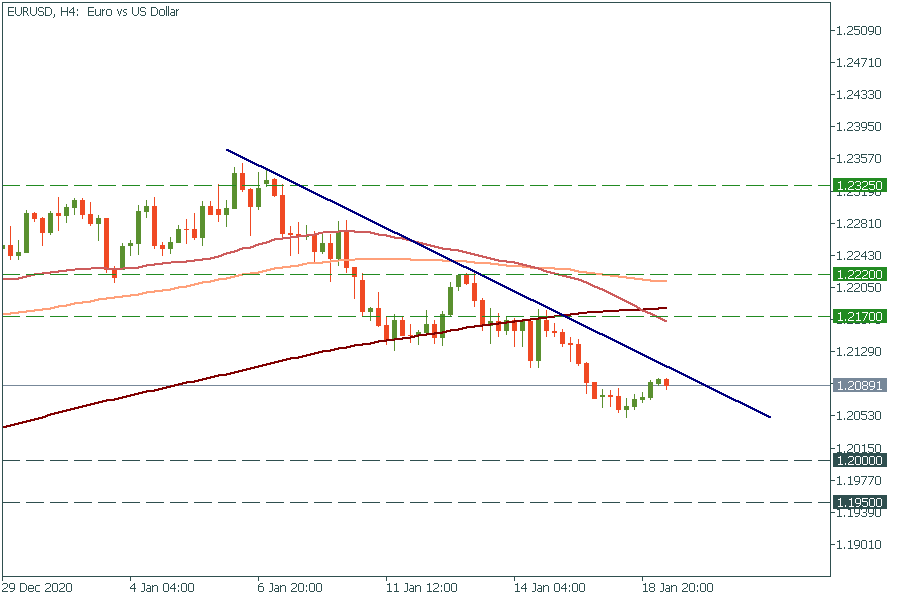