The EURUSD pair has started the week with no significant shifts. Despite the release of higher than expected non-farm payroll figures (+128K in October against 89K expected) on November 1, the USD didn't gain strength. On the H4 chart of EUR/USD, the price is aiming at the resistance of 1.1177, set by the October high. The next resistance may be located at 1.1217. For the support levels, we may place 1.1145, 1.1101 and 1.1076 in case the market decides to favor the bears. 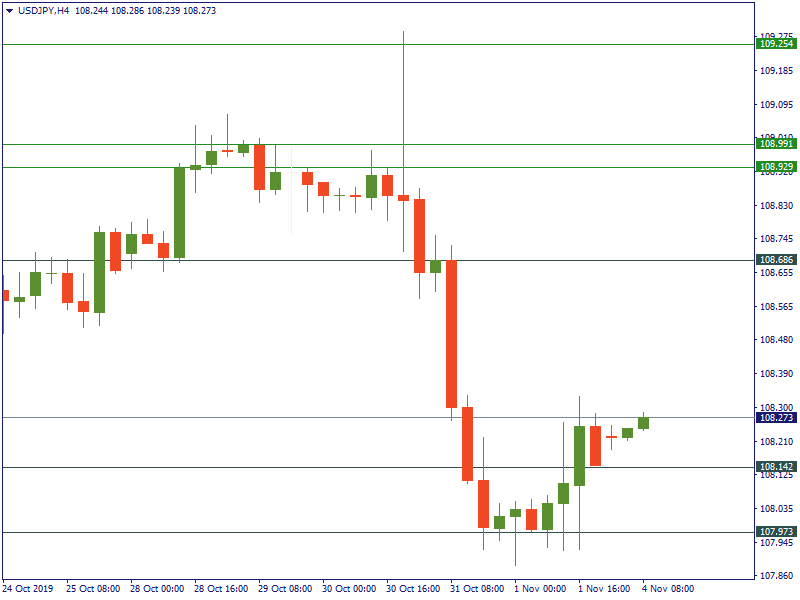 On the H4 chart of XAU/USD, we may see interesting patterns formed by gold. On October 25, gold reached the 1514.45 peak, which is now the closest resistance level. On the same day, the RSI index crossed the overbought level upside down. The gold has been dropping to the support range at 1484.14 simultaneously with the RSI index. After the latter has crossed the oversold level of 30% from below on October 29, gold started rising again and reached back up the resistance level of 1514.45, where it has been consolidating since last Friday. As we see that the RSI index crossed the overbought level of 70% from above again, there is a high probability that XAU/USD price will be falling once again. The support levels may be located at 1503.50, 1491.55, 1488.83, 1484.14 and 1480.35. While the bulls may have 1514.47 as the resistance level.