What you need to know on Tuesday:

EUR/USD has surged above the 50-period moving average and edging higher to the psychological mark of 1.1900. It may struggle to cross this resistance level on the first try, that’s why we can expect a short pullback to the 1.1880 support before the further rally up. When the pair crosses 1.1900, the way up to the next resistance zone of 1.1940-1.1950 will be clear. 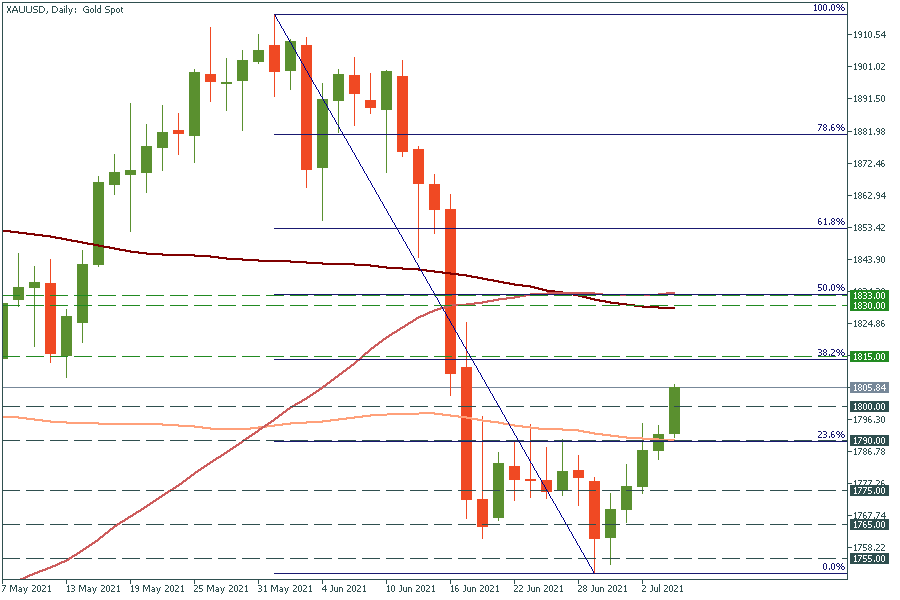 Finally, let’s analyze NZD/USD. As mentioned above, the New Zealand dollar surged due to the optimistic business survey. However, if we look at the chart, we would notice that the pair has approached the key level of 0.7100, which it has failed to cross a few times already. Thus, the pair is likely to reverse down from it. Support levels are the lows of late June at 0.7050  and the 50-period moving average of 0.7020.