EUR/USD keeps rallying up driven by the weak US dollar. If it manages to break above the psychological mark of 1.2150, the way up to 1.2200 will be clear. In the opposite scenario, if it falls below yesterday’s low of 1.2055, it may drop back to the support of 1.2000. Be cautious as the price is more likely to pull back from support levels to the upside rather than break through to the downside. 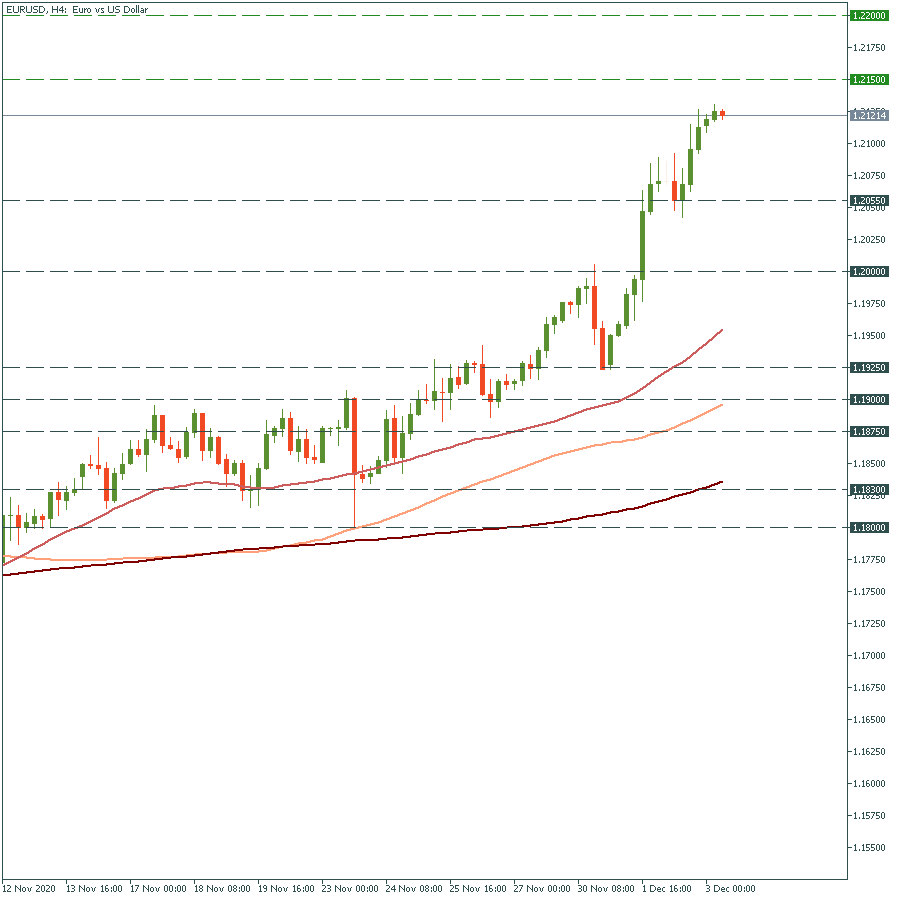 EUR/GBP has finally escaped the descending channel it had been trading since September. If it jumps above yesterday’s high of 0.9068, the way up to October’s high of 0.9130 will be clear. In the opposite scenario, if it drops below the 200-period moving average of 0.9000, the way down to Tuesday’s low of 0.8945 will be clear. WTI oil is edging higher ahead of the OPEC+ meeting, where the crucial decision will be made. The main topic is the oil output cuts. The move above yesterday’s high of $45.65 will drive oil to $46.00. Support levels are $45.00 and $44.65. Follow the OPEC+ decision as it will have a huge impact on oil. If they decide to prolong output cuts, oil prices will surge. Otherwise – drop. To trade WTI oil, you need WTI-21F.