After Federal Reserve announced an interest rate, the wave of changes went through different spheres.

The Fed has raised rates by a quarter of a percentage point and has signaled higher rates at all six remaining meetings in 2022. Chairman Jerome Powell said the US economy is "very strong" and can handle monetary tightening.

The dollar was stable, while the yen hovered around a six-year low. USDJPY has rocketed to $118.70. 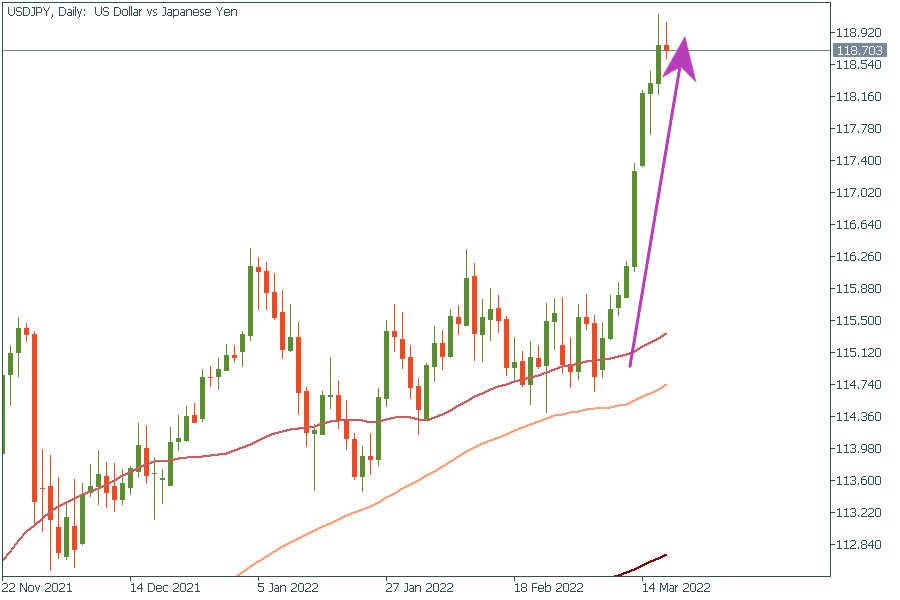 Crude oil has fallen in price for the third day, partly due to signs of progress in negotiations between Russia and Ukraine. Now XTIUSD is 96.40. The Chinese HK50 and the US S&P 500 and Nasdaq 100 (US500 and US100) rose on Wednesday as market sentiment improved on Chinese economic support, Fed optimism and hopes for progress in Russia-Ukraine ceasefire talks.

The President of Ukraine signed a bill on the legalization of cryptocurrency. The bill is called “On Virtual Assets” and establishes the legal basis for the operation of a regulated crypto market in the country.

Toyota suspended the work of two of its plants in Japan after the earthquake.

Have a nice trading day!