Tim Draper, billionaire, venture investor: “I mean, just by that alone, just that they cost you less, it’s going to be better for people. And so they’re going to move to crypto, and they’re going to go away from the political currency – they call it fiat”

On Monday, Bitcoin extended losses and fell below $3,700. The recovery for the digital asset started in the middle of the week. Bitcoin rose above the $4,300 level on Wednesday. However, the correction turned out to be short-lived and the traders’ uncertainties formed a red Doji candlestick on Thursday. For now, we can see a limited volatility of the cryptocurrency. If Bitcoin is supported by bullish investors, it can rise towards the next significant resistance at $4,750. If uncertainties around the crypto market continue, it can fall to the support at $3,660. Was it a bearish trap or a rebound? 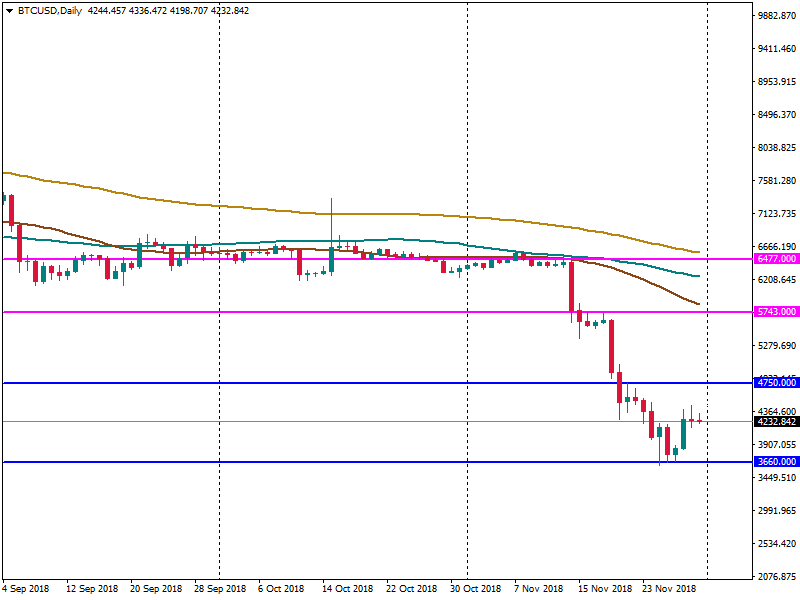