Jeff Adams, the Senior Sales Manager for Huobi Global: “We see a lot of appetites out there from players in more established financial markets when it comes to digital assets but many are still uncomfortable jumping into unregulated trading environments…”

The price for Bitcoin keeps trading near the strong resistance at $8,130. If bullish pressure in the market increases, the next resistance will lie at $8,450. If it weakens, bears will meet the first support at $7,670. In case of the fall, the next key level will lie at $7,120. The price for the oldest cryptocurrency formed a symmetrical triangle pattern, as a result, the break may be either up or down.  RSI is moving close to the overbought zone. 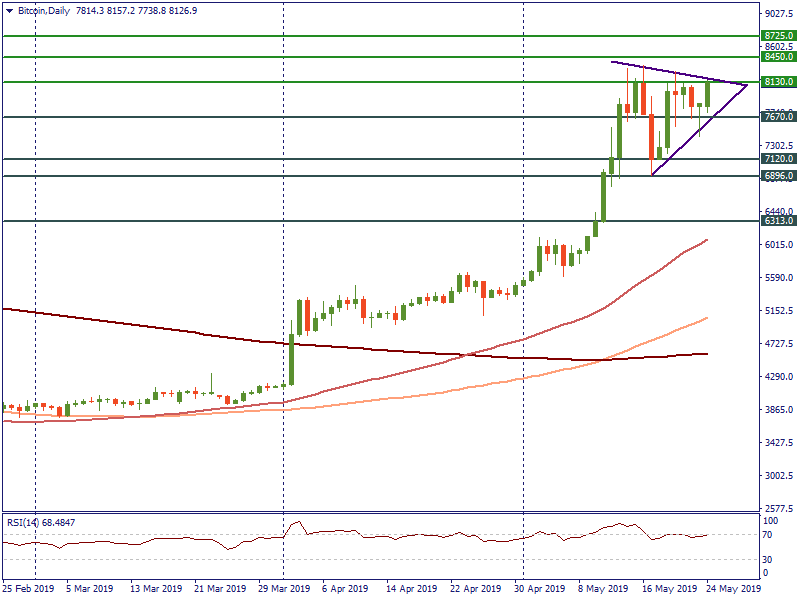 What news has been happening in the crypto market this week?