What weakens the South African rand?

The South African currency has weakened on Tuesday. As a result, the USD/ZAR pair has tested its March’s highs near the 14.63 level.

What are the reasons?

·        One of the main reason has political roots. Cyril Ramaphosa, the recently chosen president of South Africa, vowed to boost employment and eliminate corruption. However, investors worry about his ability to do that.  Their worries increased after the widely expected announcement of the new Cabinet was postponed on Monday.

·        The head of Eskom, the South African electricity public utility, Phakamani Hadebe, resigned from his post. Now, the leading state enterprise is expected to report a 20 billion rands loss for the previous financial year.

·        Also, take a note that the escalation the US-China trade war hurts the ZAR as well.

Now investors pay attention to the news concerning the announcement of the new Cabinet of ministers. The decision should be made later this week.

What about the technical levels? 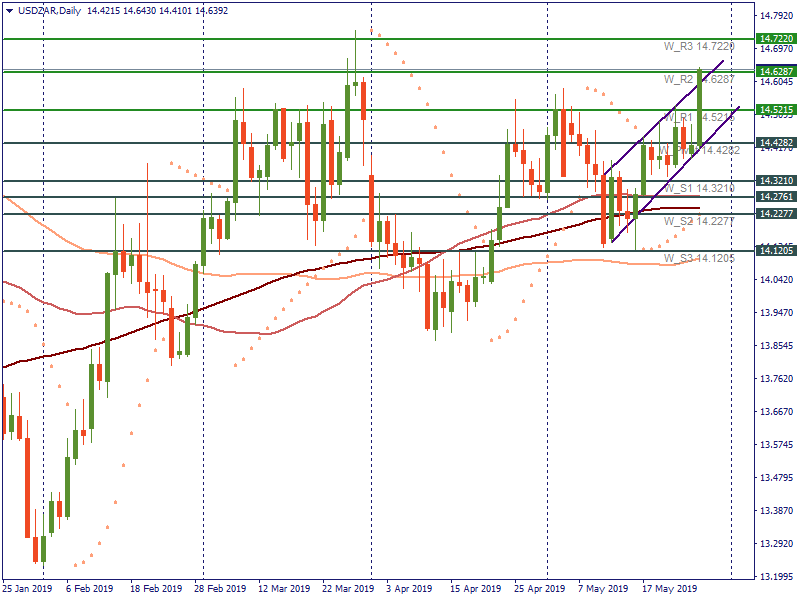