An engulfing chart pattern is a candlestick formation that usually appears before a trend reversal. This pattern consists of two candlesticks, the first of which is smaller and is completely “engulfed” by the second one. Engulfing patterns are easier to spot on a chart, and they can help traders find the best moment to enter the market. 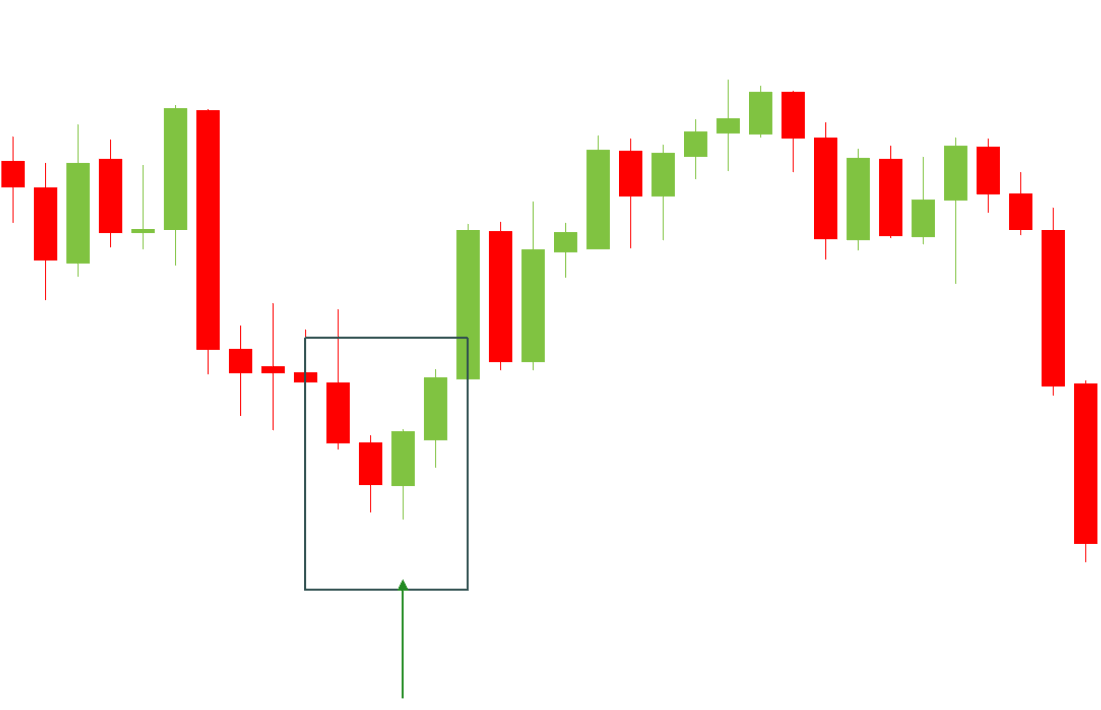 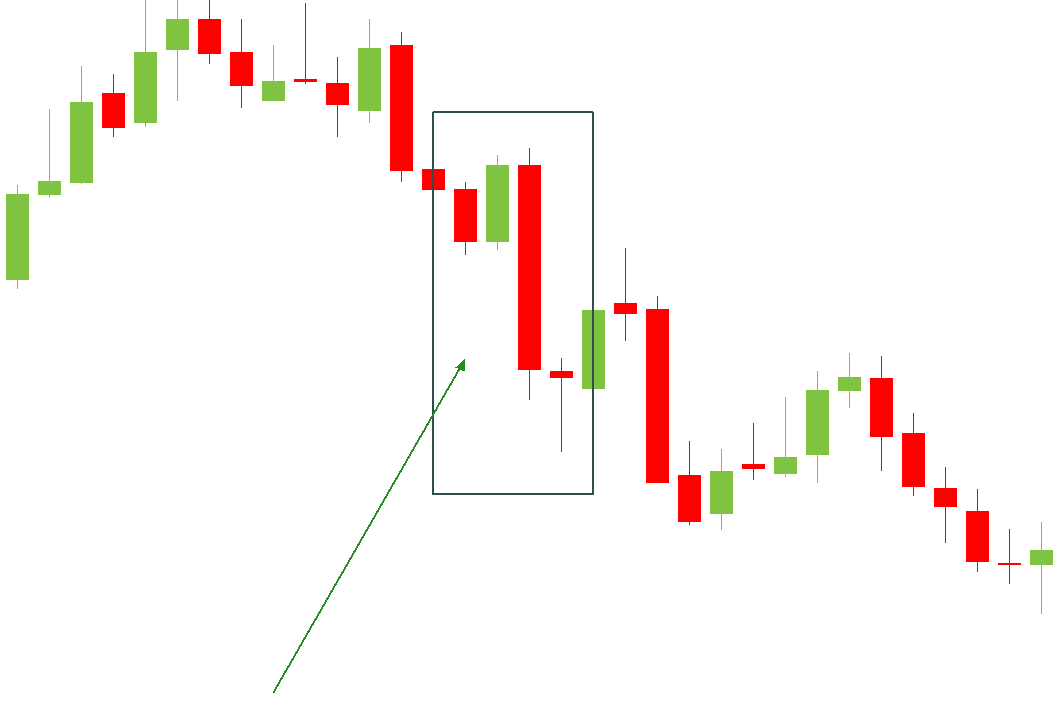 A bullish engulfing pattern is a type of engulfing candlestick pattern that occurs during a downtrend and signals a potential reversal of price movement and the beginning of an uptrend. Bearish engulfing patterns also consist of two candlesticks. But in this case, the first candlestick is green while the second one is red. The second candlestick is bigger than the preceding one and completely engulfs it, showing that the sellers have overtaken the market and started to push the prices down.

Traders use this pattern to find the best moment to sell the assets they currently hold. A bearish engulfing is more reliable within steady trends; in choppy markets a bearish engulfing has less significance and can’t be relied on for long-term decisions.

This chart illustrates a classic bearish engulfing pattern. You can see how after a steady uptrend a small green candlestick is suddenly engulfed by a large red candlestick, after which the trend immediately gets reversed and begins its descent. 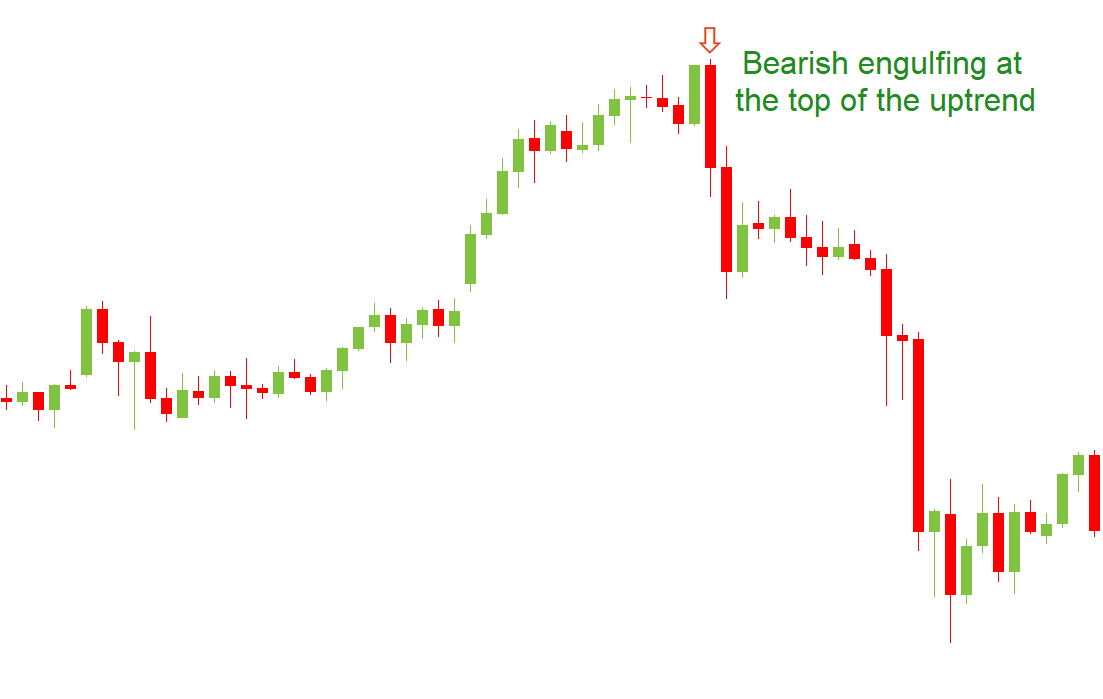 A last engulfing bottom occurs at the bottom of a downtrend. This pattern consists of a smaller green candlestick that is followed by a bigger engulfing red candlestick. Note that unlike the previously mentioned patterns, a last engulfing bottom is preceded by red candlesticks. This pattern can either signal a bullish reversal of a trend or the continuation of the bearish trend, so it’s better to wait for a confirmation of the reversal before making any moves.

A last engulfing top is a complete opposite and appears at the top of an uptrend. It includes a red candlestick with a bigger green candlestick following it. The pattern is preceded by several green candlesticks. This pattern also requires a confirmation of the reversal, so don’t rush into any decisions if you find it on the chart.

However, nothing can be 100% accurate. In choppy markets engulfing patterns won’t be of much use. Besides, the second candlestick of an engulfing pattern can be quite big, which can mislead a trader when it comes to putting a price target or a Stop Loss.

Engulfing patterns are one of the easiest-to-spot trend reversal candlestick patterns. They are a great tool to find the best time to enter the market, especially for novice traders. Engulfing patterns are usually pretty accurate, but it’s still useful to apply other methods and indicators to make successful trading decisions.