Russia’s invasion to Ukraine not only provoked a global upcoming crisis, but also led to world’s leaders unusual ideas and solutions.

The yen could weaken further to its 1990 low, according to Societe Generale SA strategist Albert Edwards. Now USDJPY is approximately $121.780. The S&P 500, Dow Jones and Nasdaq closed Thursday's regular session up more than 1%. Contracts for the S&P 500 held on to a flat line. Despite some losses earlier this week, the S&P 500 and Nasdaq are up for the second week in a row if levels hold until Friday's close.

Oil prices have stabilized after EU leaders refrained from new steps to reduce imports of Russian oil. XBR is $115.80 now. Gold price rose to $1962.4 yesterday, approaching more than a weekly high in the previous session and gaining almost 2% in the week to date. Now it is about $1958.50 per ounce. 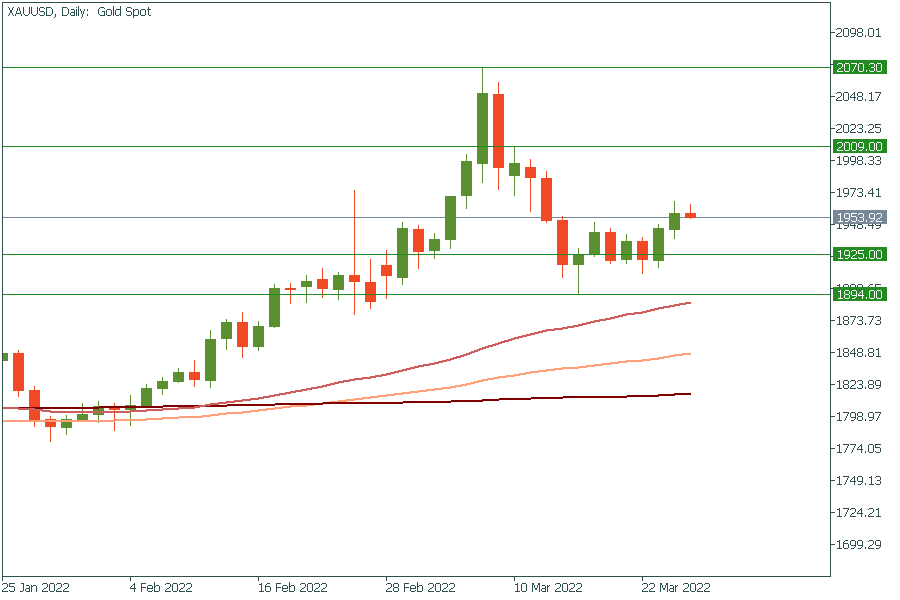 Russia is considering selling its oil and gas for crypto due to increased sanctions from the West. Thanks to that, Bitcoin has gained 4% since yesterday, it’s approximately $44071.