Today, the oil prices may move on the release of crude oil inventories at 18:00 MT time. The analysts forecast the number of barrels held in the inventories of the American commercial firms to advance by 1.5 million.

What is the situation in the market right now?

The price for Brent is having a bullish session. On H4, it has been testing the highs above the resistance at $63.03. If the price is supported by the lower-than-expected release, the break of this level will happen. After that, bulls will focus on reaching the next target at $63.40. The next resistance will lie at $63.90. On the other hand, a higher-than-expected number of barrels will pull the price for Brent below the $62.53 level. The next support will be placed at $62. 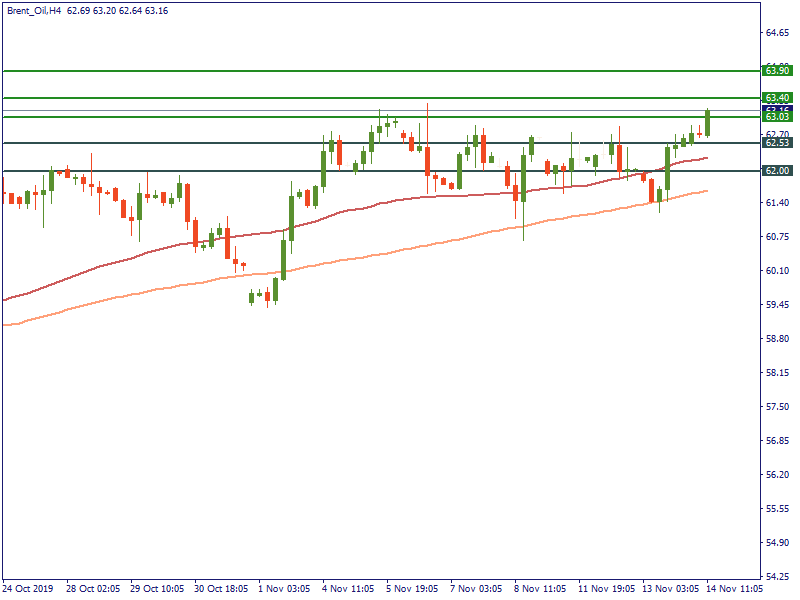 As for WTI, its price has been testing the resistance at $57.7 on H4 since the start of the trading day. The breakout of this level will help bulls to push the price for crude upwards to the $58.08 level. As far as this level will be reached, bulls will try to reach the next one at $58.6. From the downside, it is recommended to keep an eye on the $57.3 level. The great increase in the number of barrels may help bears to overcome that level and focus on reaching the support at $56.8 (50-period SMA). 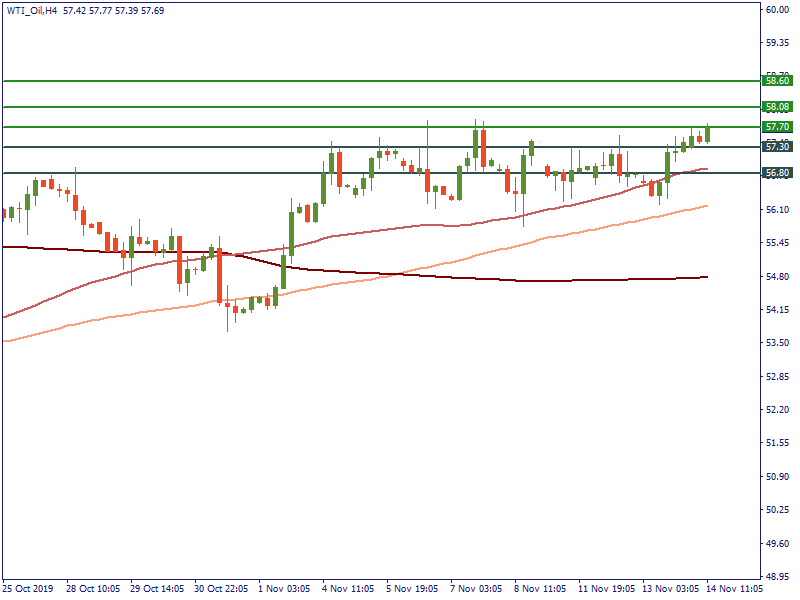