Today's risk-on sentiment in the markets was provoked by the anticipation of the trade negotiations between the US and China. The high-level talks resume in Washington as China's Vice Premier Liu He plans to meet with US trade representatives. Last week China made significant progress towards reaching a deal as it announced various concessions. These concessions included an extension of the suspension of retaliatory tariffs on US autos and regulation of the opioid fentanyl.

According to Myron Brilliant, executive vice president for international affairs at the U.S. Chamber of Commerce, 90% of the deal is done at the moment. However, the final 10% is the trickiest part that would require compromise.

What does the final 10% include?

That is, if these issues remain unsolved, the uncertainties will hurt the risk-on atmosphere in the market.

What about the currencies?

If the sides make positive progress today, the risk appetite in the market will push the NZD, the AUD and the emerging market currencies higher.

Let’s consider the key levels for the New Zealand dollar.

On the daily chart, the NZD/USD pair has bounced from the support at the weekly pivot at 0.6741, which lies close to the 200-day SMA. Up to now, the kiwi is targeting the resistance at the weekly pivot at 0.6833. If this level is broken, the next resistance will lie at 0.6892. In case of the risk aversion, the pair will fall below the 0.6741 level. The next key support will be placed at 0.6682. If we look at indicators, ADX shows the bearish pressure, while Parabolic SAR demonstrates the downward movement. 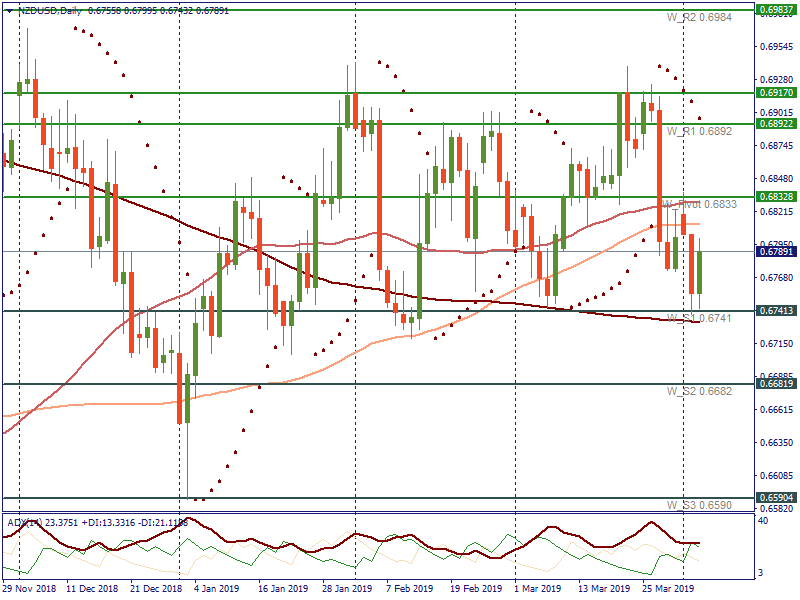 Now let’s look at the aussie.

Here, AUD/USD has been trading sideways since the middle of March on the daily timeframe. At the moment the pair is testing the 50-day SMA. Bulls are trying to push the pair above this level towards the weekly pivot resistance at 0.7140. The next resistance lies at 0.7186. If bears take over the market, the aussie will fall downwards below the central pivot at 0.7102 to the support at 0.7056. The next support is placed at 0.7017. Parabolic SAR shows an upward movement for the pair on this chart. 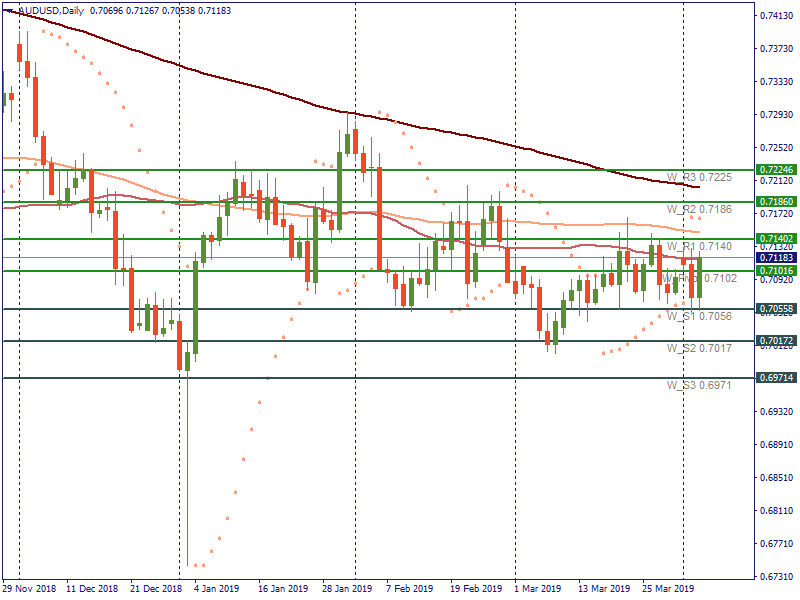