The Reserve Bank of Australia will publish the monetary policy statement and announce the interest rate on December 6 at 05:30 GMT+2.

In October, Australian inflation dropped to 6.9%. While this change demonstrates the first results of the regulator's tight monetary policy, the level is still high and requires the central bank's attention. The board is now considering no more than a 25-basis-point rate hike as medium-term inflation expectations and wage growth remains consistent. The Bank of Canada will make the monetary policy decision, which includes an update on interest rates on December 7 at 17:00 GMT+3.

This is one of the most important events for the Canadian currency because the central bank decides whether to raise the interest rate according to current economic conditions.

Recently, the Bank of Canada Governor Tiff Macklem said the inflation in Canada remains too firm, and higher interest rates might cool the overheated economy down. This is true: Canada's inflation rate was 6.9% in October, remaining unchanged from the previous month. The inflation surged due to higher transportation prices and soaring prices for energy and oil. As a result, we may expect the rate hike by 25 or 50 basis points this time.

Last time, the BOC raised the interest rate by 50 basis points. The Canadian dollar erased all previous daily gains after the update. 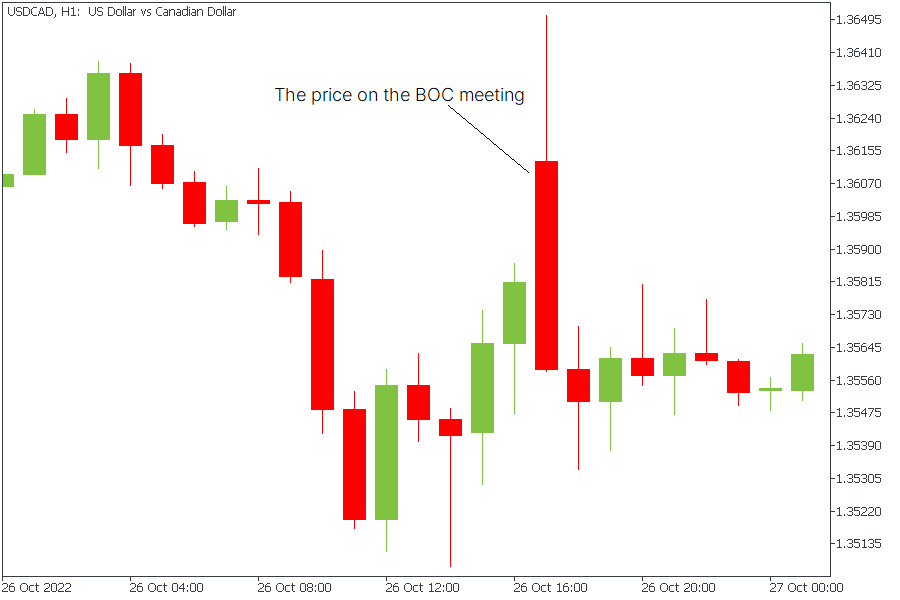 The US Bureau of Labor Statistics will release the Producer Price Index (PPI) on December 9 at 15:30 GMT+2. This is the change in the number of finished goods and services sold by producers. There are two versions of this indicator: headline and core. The core one excludes food and energy prices due to their volatility.

In October, the US headline PPI increased 0.2%, the same as in September, and underperformed the 0.4% forecast. EURUSD strengthened on the release but fell quickly after forming a double-top pattern on the M30 chart. Traders follow inflation changes as they push the Fed to take action. So, in November, the contraction in published prices indicates that the Fed's policy achieved results. Join the FBS Analytics Telegram channel to stay updated with the latest news and relevant content!