Michael Novogratz, the founder of Galaxy Digital: "We have gone from, you know, crypto as an experiment, is it real? Is it tulips? Crypto is going to be a substantial part of the financial and consumer infrastructure of the world."

Bulls finally gave up their positions. The price for Bitcoin bounced from the resistance at $8,900 and started to fall down. Despite yesterday's bullish surge, which helped them to test the $9,075 level, bears came out to be stronger. At the moment, the price for the oldest crypto is testing the support at $7,970. The next support lies at $7,660. If bulls make attempt to push Bitcoin's price higher once again, they will reach the resistance at $8,500. The next key level is placed at $8,733. 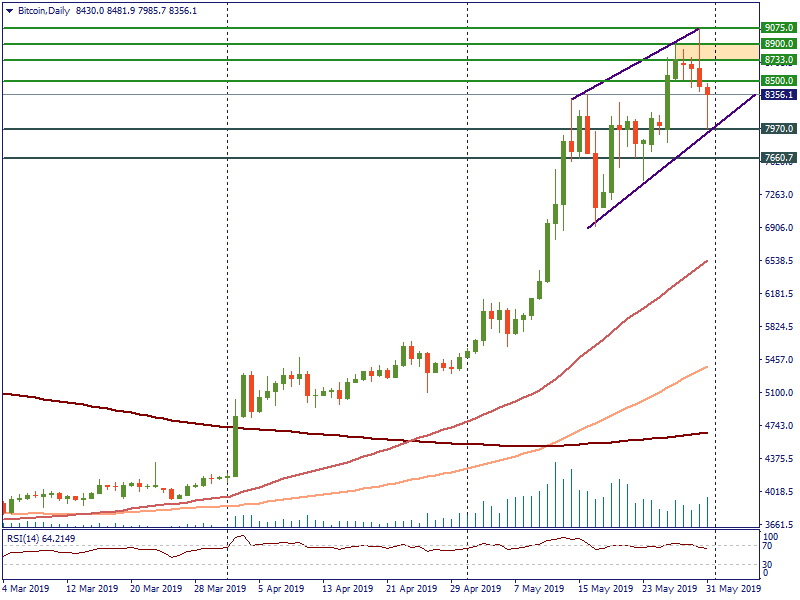 ·        EOS is expected to make a big announcement on June 1. Get ready for volatility.

·        Authorities of Egypt plan to lift the ban on crypto and allow licensed crypto companies to work in the country.

·        Chinese Wei Liu claimed to be the founder of Bitcoin. This is the second attempt to get copyright registration for the Satoshi Nakamoto’s invention. The first one belongs to Craig Wright.

·        The price of Bitcoin SV pumped and dumped after scammers claimed its creator is actually Satoshi Nakamoto.